In 1913 the Department announced it was investigating three sites possible sites for a school.  Two acres of land were purchased in December 1913. The school building was erected between 1917 to April 1918. The initial school building was a simple timber rectangular single storey with three class rooms and some small ante rooms. The building is still in daily use.

On 3rd May 1918 Mr Donald Lobban, was appointed Headmaster of Kingsgrove Public School.

On 6th May 1918 enrolments and classes for students began at Kingsgrove Public School.

On Saturday 18th May 1918 was the Official Opening by the Minister of Public Instruction, Mr Gus James.  The opening of the building was performed with a silver key, followed by the planting of a tree by the Minister and the President of the Parents and Citizen’s Association, Mr Charles Howard.

The expected enrolments were 50 to 60 students but by the end of 1918, there were 147 pupils. By late1919 there were 179 children and three teachers at Kingsgrove Public School.

In August 1919 A Memorial Peace Bell ‘in memory of those that fell’ was presented to the Director of Education, Mr Board. It is still held by the school in the caroline street campus.  The brass plaque attached to the bell, disappeared in 1963 and was dug up 20 years later in a local garden on Stoney Creek Road. In 1919 the school also constructed and displayed a Kingsgrove Honour Roll of fallen soldiers from Bexley and Kingsgrove which has since been removed to Kingsgrove RSL.

In 1942 a second school building was constructed in caroline Street.  It was a single storey brick building next to the original building built in 1918.  This building, running parallel to caroline street is still in use today.

Kingsgrove Road Campus: 1954: A second but larger school site, located on part of five acres was purchased in 1947 from Fergusson’s Nursery. A two storey brick building was constructed facing Kingsgrove Road. The opening of the new school building took place on 27 March 1954 by the Hon RJ Heffron Deputy Premier and Minister for Education.  2,000 people attended.  In 1954 the population of the school had reached 1,230 students.

On 7 May 1985 a fire destroyed the senior school on Kingsgrove Road, causing $500,000 damage.  Police believe an arsonist was responsible.  It was school term break and numerous demountable classrooms were installed. The rebuilt main school was used from the beginning of the new school year in 1986.

Return to top of page 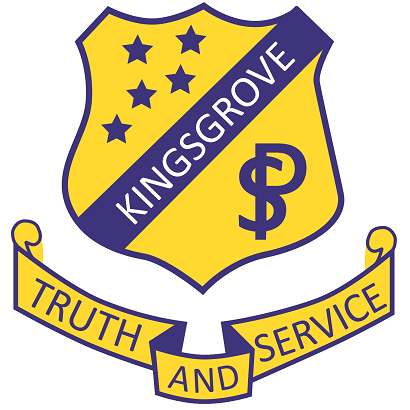 We acknowledge that Biddegal/Bidjigal/Bedegal people of the Eora Nation are the original inhabitants and custodians of all land and water in the Georges River region.

Copyright for this website is owned by the State of New South Wales through the Department of Education. For more information go to https://www.dec.nsw.gov.au/footer/copyright.